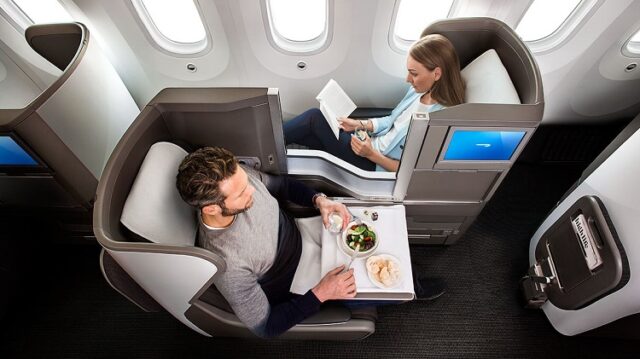 London, the capital of Britain, is one of the world’s topmost travel destinations attracting millions of tourists from all around the world. Setting its roots back in Roman times, this city has a profound history and heritage. London with its vibrant arts and entertainment centres, captivates the souls of avid art enthusiasts. The city extends its old charm through the perfect display of royal palaces, museums and cathedrals. With the magnificent scenery of the river Thames, this city presents an enchanting aura.

London has always made it on my top foreign travel destinations list. Since foreign trips are an expensive affair, I didn’t proceed with any planning. However, one day I saw an amazing deal about a London trip on a social media page and immediately started with my research for more exclusive offers. Finally, with the help of Intermiles, I roughly chalked out a plan for my London trip. I completed myinternational flight booking and purchased a cost-effective flight ticket. For the next step, I booked myself a suite room at the Central Park Hotel and after that, I worked out my London itinerary. Since I arrived in the city at midnight, I reached the hotel directly. The following morning I began my London tour and covered the following attractions within a day.

Front view of the Westminster Abbey

I began my London journey after having a delicious breakfast at the hotel. I rented a cab and started the morning by visiting the famous sacred place of the city which is the Westminster Abbey. Marked as the landmark location where the official King or Queen gets crowned, this place stands as a remnant to witness the heritage and history of Great Britain. Westminster Abbey was initially known as the Collegiate Church of Saint Peter. Presenting the Gothic style of architecture, Westminster Abbey is a must-visit place in London. Set amidst the lush green gardens, Westminster Abbey adds a scenic character to the glamour of London. I was thoroughly soaked in the history and heritage of this place. Also, I took a stroll down James Park and clicked many pictures for my Instagram profile. If you also plan to tour London for a day, then add this gorgeous location to your travel list. Make sure you reach here in the early hours so that you can cover the other significant spots of the city in a day’s time.

Panoramic view of the Buckingham Palace

After a full-fledged historical tour at Westminster Abbey, I went to explore the Royal residence, Buckingham Palace which is 4 minutes away from Westminster Abbey. Built in 1837, Buckingham Palace is one of the most iconic buildings of Great Britain. Since the accession of Queen Victoria, this property is serving as the residence of the Royal Family. At this royal establishment, I witnessed the Changing of Guard ceremony. This ceremony takes place at 11.30 am regardless of the season. After watching the colourful marching, I went to The Mall which was a close attraction nearby. If you are planning your trip to London, then visiting Buckingham Palace is a must-thing to do. Also, if you pay a visit to the Palace on a particular occasion, you can even spot the members of the Royal Family facing the crowd from the central balcony.

The alluring view of the Millennium Wheel

I stopped for lunch at a cafe near Buckingham Palace and after that, I carried on with the next remarkable destination of the city which was the London Eye. Popularly known as the Millennium Wheel, this extraordinary construction is a large metal Ferris wheel. Millennium Wheel is recognised as the tallest cantilever wheel in the world that offers a bird’s eye view of the entire city. Attracting more than 4 million tourists every year, this giant wheel is the iconic figure in the London sky. Consisting of 32 capsules, this wheel comprises multilingual guides who deliver commentary on the different landmark sites of the city. When I rode the wheel, the weather was pleasant and that contributed to the elaborate observation of London. I was quite thrilled with the Millennium Wheel ride and wish to do it again on my next London tour, if possible.

Close up of the clock tower at Big Ben

After an enthralling ride of the London Eye, I paid my next visit to the iconic clock tower of London, Big Ben. Considered as a renowned landmark of London, this clock tower is appreciated for its gigantic bell and accuracy. Connected with the entire clock tower of the Houses of Parliament, Big Ben is a 14 feet long figure. Designed by Sir Edmund Beckett Denison, this tower stands proudly over 96m. Inside the tower, I witnessed the belfry where all the bells are installed. From there I climbed 399 steps to the Ayrton Light which is a lantern atop the Big Ben that is lit when the House of Parliaments sits in the evening. At Big Ben, I clicked plenty of pictures that were sufficient to update my social media handles. Thus, if you are planning a London trip in your mind, then add this beautiful location to your itinerary without fail.

After a long day of London expedition, I went straight to the hotel, had dinner and concluded my day trip to London. The experience was ecstatic if you ask me. And if you have chalked out your dream London trip, then stop procrastinating and reserve your stay at a prominent London hotel. Once you are here, you will get to know London’s grandeur at its best.

Finding the Best Accommodation for Couples and Families

Finished An Adventure On Dewata Island? Let’s Get On To Gili Trawangan!

Finding the Best Accommodation for Couples and Families

Experiencing The Best Of KLM Airline

Finished An Adventure On Dewata Island? Let’s Get On To Gili...

Why Denver Is The Best Holiday Place For You

Experiencing The Best Of KLM Airline

Important Things to Know Before Booking a Helicopter Tour

Why Business Travellers Should Find an Airline They Can Trust

How to Spend a Day in Salt Lake City

How To Become A Successful Diver Instructor

What are Some Travel Insurance Mistakes you Should Avoid?

3 things to consider before investing in a Paddling Board